Well, it's been a long time between drinks, but I've finally commenced work on Volume Two.
I am currently penciling the pages for Chapter One which tells the story of the 2nd Brigade's role in the Second Battle of Krithia 8 May 1915.
Here is an image of part of a penciled page: 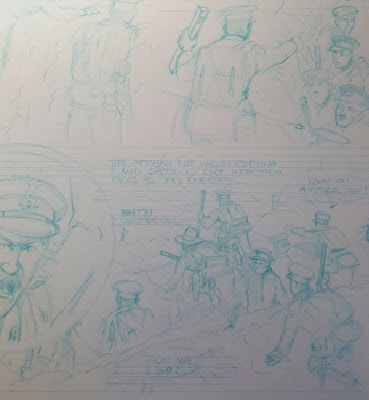 Here is a recent review of The Anzac Legend by David Read, curator of the 9th Battalion Facebook page. I was delighted to read this -


"Book Recommendation - The ANZAC Legend by Dave Dye
The absolutely brilliant Graphic Novel - The ANZAC Legend by Dave Dye is now available as a digital download (PDF file) for only $7.99!! (that could be $USD, I can't access my transactions to confirm, but if it is, it will be about $10AUD so still cheap as chips!) I already have it in print form but I had to snap it up at that price. I do a lot of reading on my Surface Pro 4 nowadays so I've added it to my growing library of E-Books.
For those of you unfamiliar with this brilliant work, The ANZAC Legend is a 'Graphic Novel' written and drawn by outstanding Australian author Dave Dye, an ex-W02 with 28 years service in the Australian Regular Army. He started work full time on the book after his Discharge and put in more than 5000 hours on it.
Now, I'm not usually a fan of comics, anime, manga and all that. The last 'comics' I read were Commando, Battle and Action war comics back in the early 80's so I wasn't convinced I could get into a 'Graphic Novel'. But I was woefully wrong. The book was absolutely awesome! I couldn't put it down. I've been reading everything I could get my hands on about Gallipoli for literally decades. I've read every page of Bean's Official Histories (several times!), and all the more modern works by Kit Denton, Peter Hart, Peter Fitzsimmons, Patsy Adams-Smith, Les Carlyon, Peter Stanley, David Cameron, John Laffin and a few others who's names escape me right now. They are all fantastic works and for years I've read and looked at those old black and white photo's and hand drawn maps with their names like Bloody Angle, the Nek, Quinn's, Courtney's and Steele's, Dead Mans Ridge, the Chessboard, Boltons Ridge, Lone Pine etc.
But, reading The ANZAC Legend did something that none of those books ever did for me, it gave me a real 'Diggers eye view' of what the terrain actually looked like, how it would have been seen on April 25th by those 3rd Brigade Diggers that landed in the pre-dawn darkness, how hostile the terrain was to them and those that landed later in the day and tried to make their way to the Firing Line.
Dave Dye visited Gallipoli twice and made extensive models to ensure that all of his drawings were as accurate as possible. Each scene is carefully detailed so that your view at that point in time at that part of the battle is exactly how it would appear in real life. You can see what Diggers dug into the forward slope of a ridge would see. You can see how advancing Australians looked to the Turks firing down into them. This book was the very first to make it all 'click' in my mind and how it all actually fitted together. Something just looking at text and name labels on old flat black and white photo's can't convey.
The story briefly covers the leadup to the war not only in Australia but also in New Zealand and touches in what was going on in Europe as well, the departure of the 1st Convoy and the AIF's training in Egypt. But the meat of the book is all about the Landing on April 25th in fantastic detail. Even for people who consider themselves 'well read' on April 25th you will learn something from this or come away with a new appreciation for what happened on that day. Events up to around May the 5th is covered in this book but the strong focus is really April 25th 1915.
I cannot recommend the book highly enough. It's available only in two different print versions - the original 'Landscape' version and the new 'Portrait' version. And its also available as a Digital PDF Download for your PC, Android/iPad Tablets, Surface/Surface Pro's and all Laptops/PC's etc
Here is a link to the Print version:
http://wotsleftbooks.weebly.com/
Here is a link to the PDF Digital Download version:
https://sellfy.com/p/LP4z/
If you are at the Australian War Memorial it is also available to purchase in their bookshop.
*Images from the book below used with permission from the Author
PLEASE LIKE AND SHARE THIS POST wherever you can! Get the word out about this great book!"
Posted by Unknown at 16:13 No comments:

Now in Hardcover and available worldwide

The process of reformatting the landscape book to portrait has been completed. Now 246 pages long and a few updates and edits to text. It has also been divided up into chapters.

The book is now hardcover and is available internationally from many online bookstores - select the link to go to the site that suits you Amazon, Barnes & Noble, Abe Books, Book Depository and many others.

For Australian buyers there is also Booktopia,
and also of course at my website Wotsleft Books

Check out the images below. It has turned out very well, and I'm very happy with the end product. 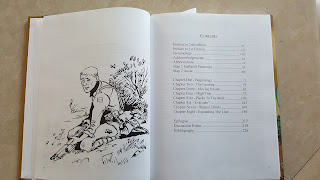 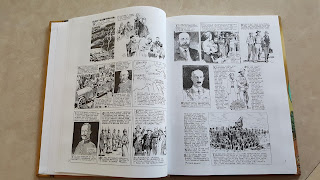 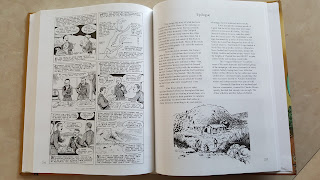 Over the past two years since The Anzac Legend was first published (boy, that's gone quick!) I've had some feedback which has made me look at changing the book from landscape to portrait format.

I chose the original landscape format because it was the best for showing the broad maps which are a large part of the books success, but the portrait format is the preferred format for book-sellers and libraries to display the book on their shelves. After some initial trials I found that I could rearrange the panels without too much hassle.

It is a slow process, and a slight reduction in panel sizes, but generally I'm pleased with the result, and the pages look good. 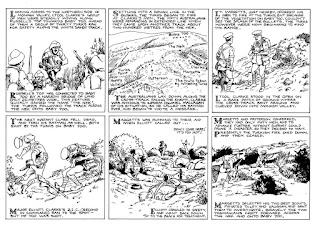 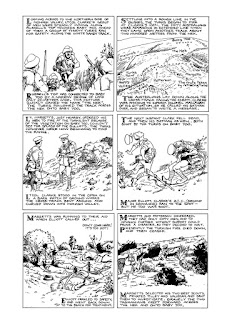 Some pages are not as easily or neatly arranged as the panels are of various sizes and shapes; but with a little work I manage to get them together OK. 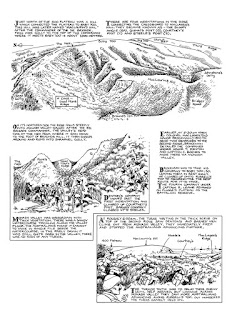 The Turkish Defence at Anzac

I have come across this fantastic book by Mr Mesut Uyar called "The Ottoman Defence Against The Anzac Landing" published 2015.

This is the book I was looking for while I was researching  The Anzac Legend. It's a pity it was published after my book. It gives great insight into the Ottoman Army and it's pre-Great War development.
Of most interest to me was the revelations of Kemal's movements during the day of 25 April 1915, and also the involvement of the 72nd and 77th Regiments. Previous books I've read did not clearly and sensibly outline these important parts of the battle.
I recommend this book to anyone who wants the latest good oil on the Ottoman Army side of the battle. Apart from all the background info, unfortunately it only covers the day of the Landing in detail. 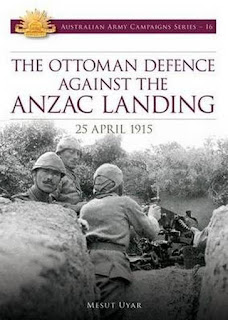 I recently received an email from Baron Tonis Breidel Hadjidemetriou, M.A., Ph.D. ( a Cypriot historian living in Greece) who was kind enough to write to me telling me of his thoughts on The Anzac Legend. Follow the link to read what he has to say :
http://wotsleftbooks.weebly.com/testimonials.html 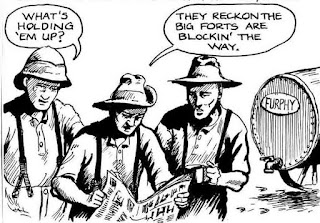 The 24th of April: the Landing Commences 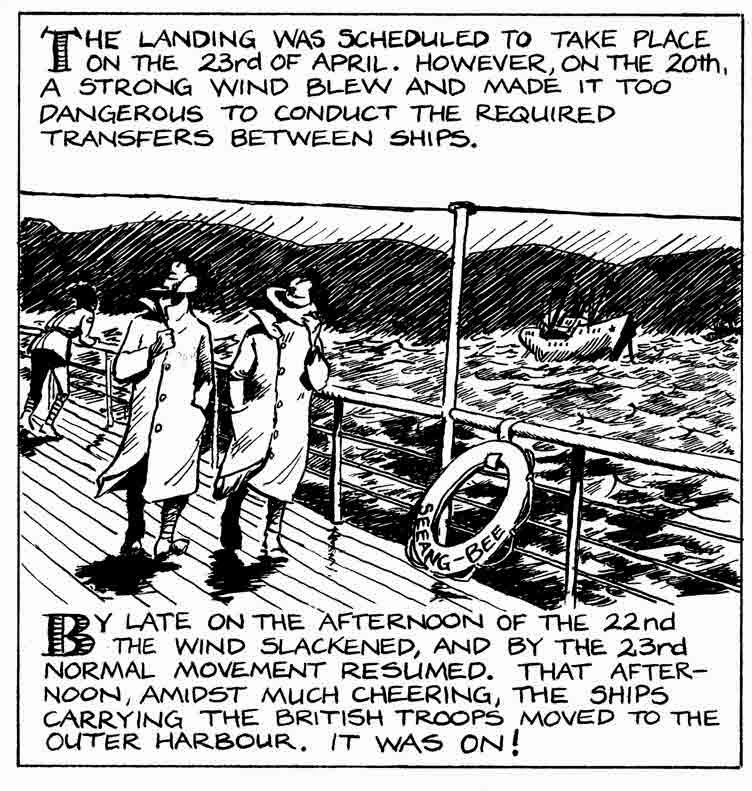 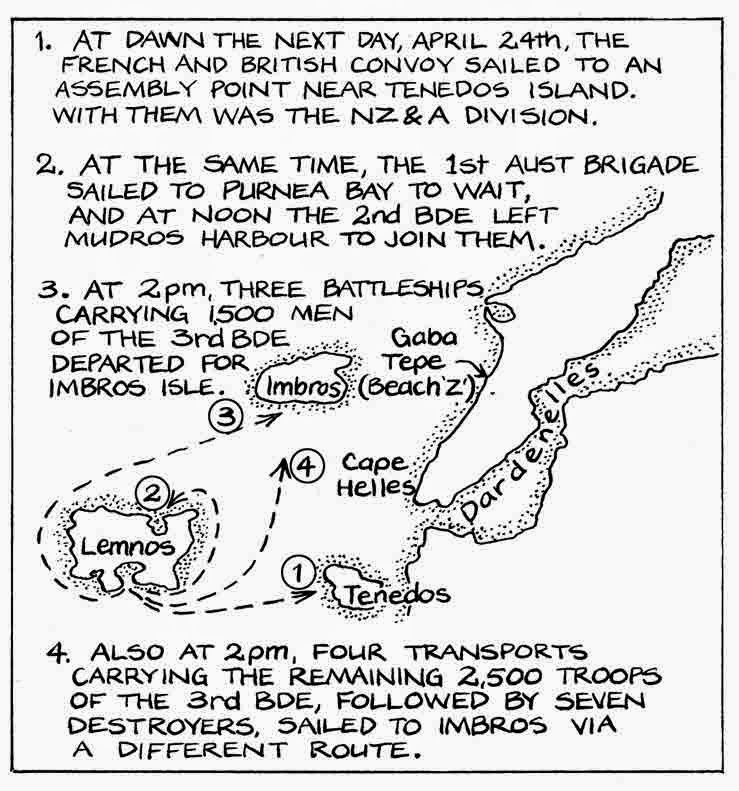 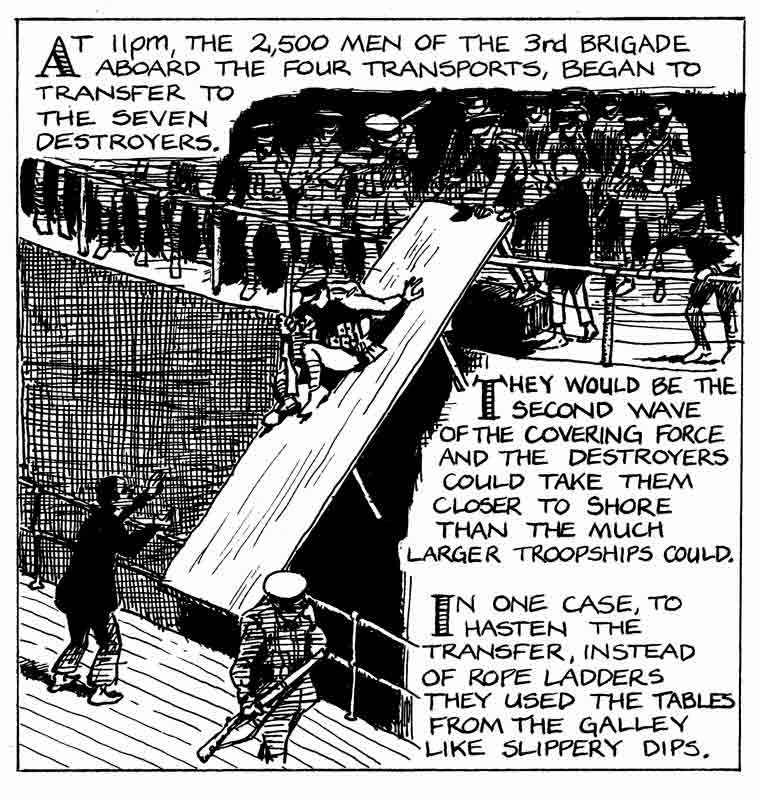 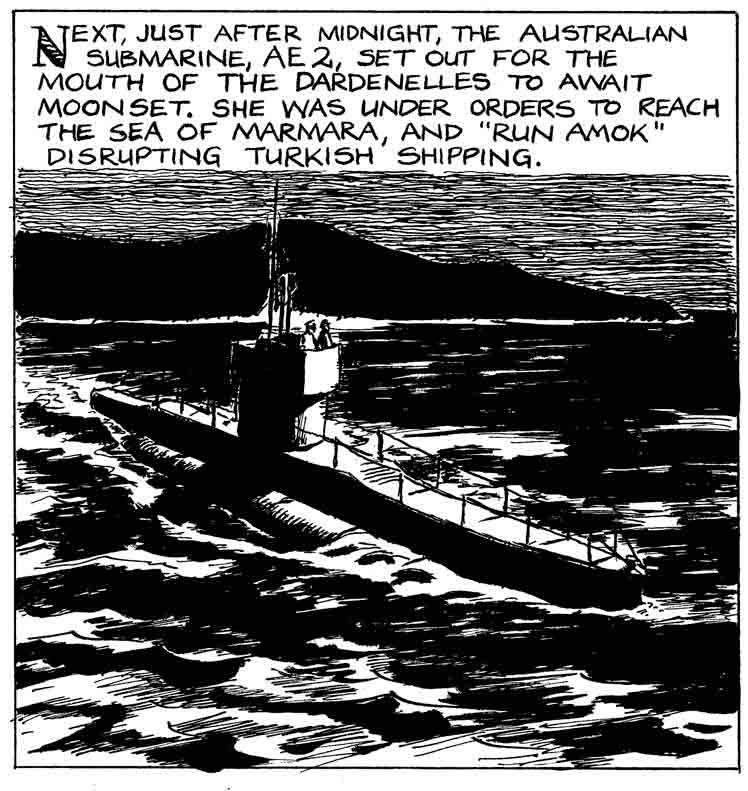 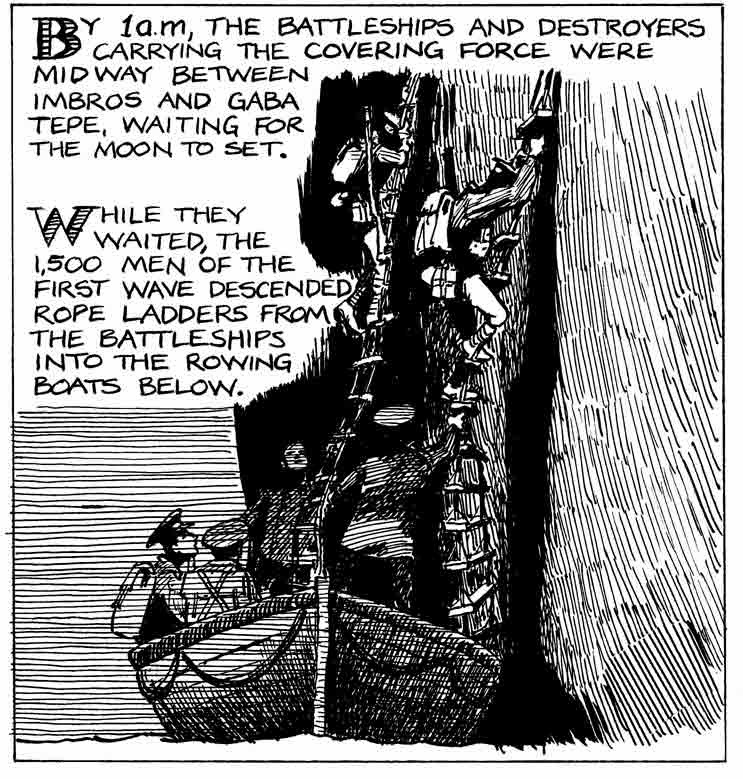 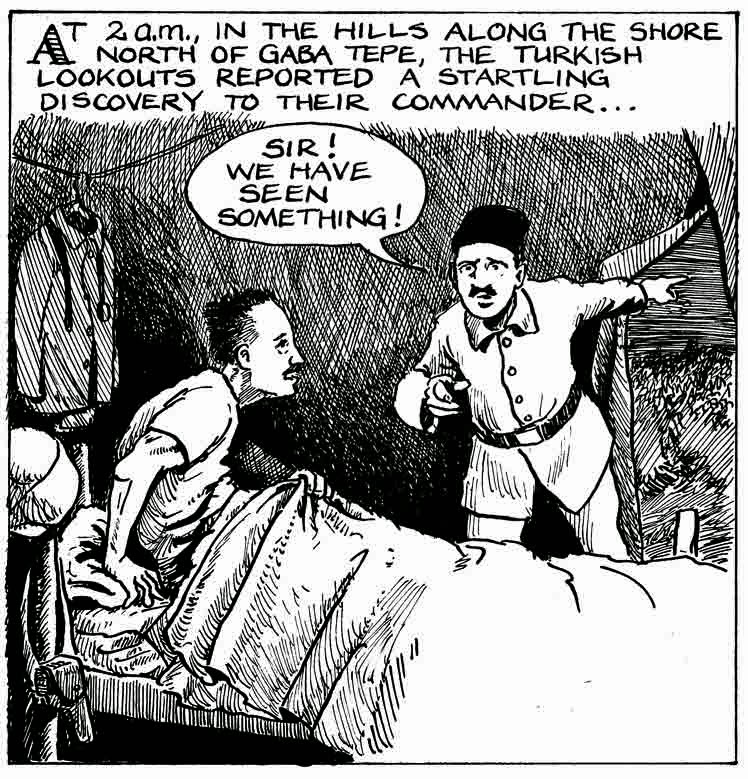 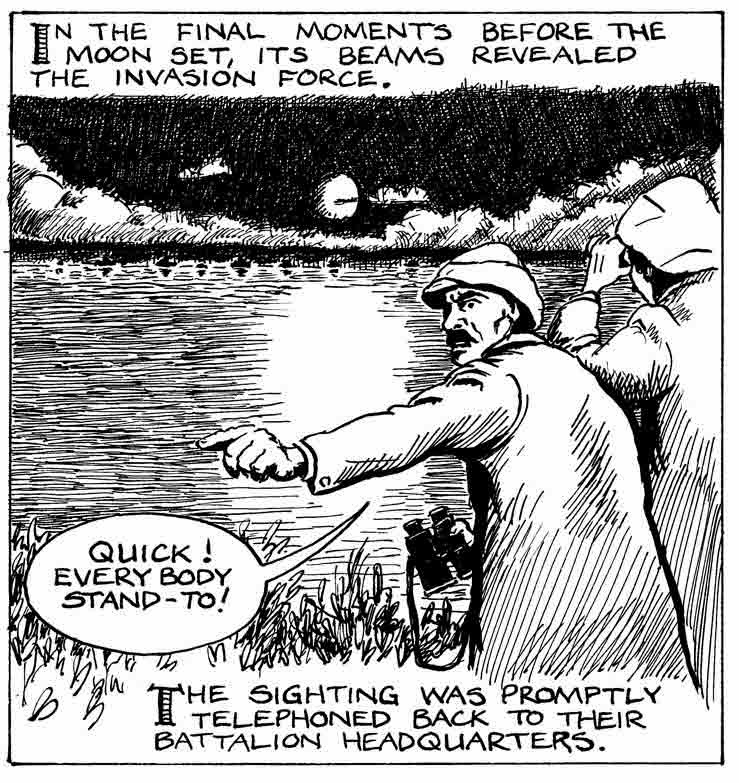 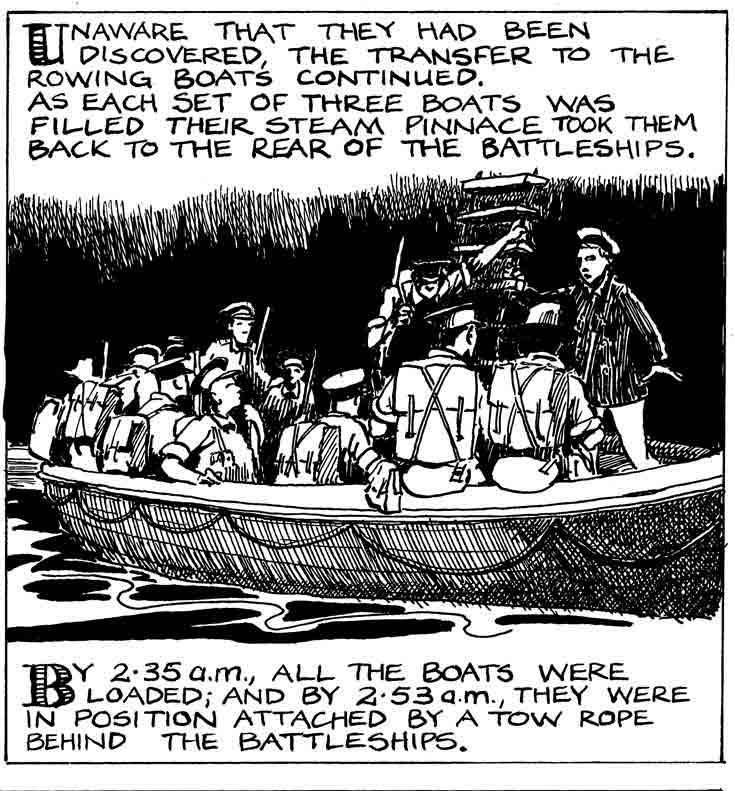 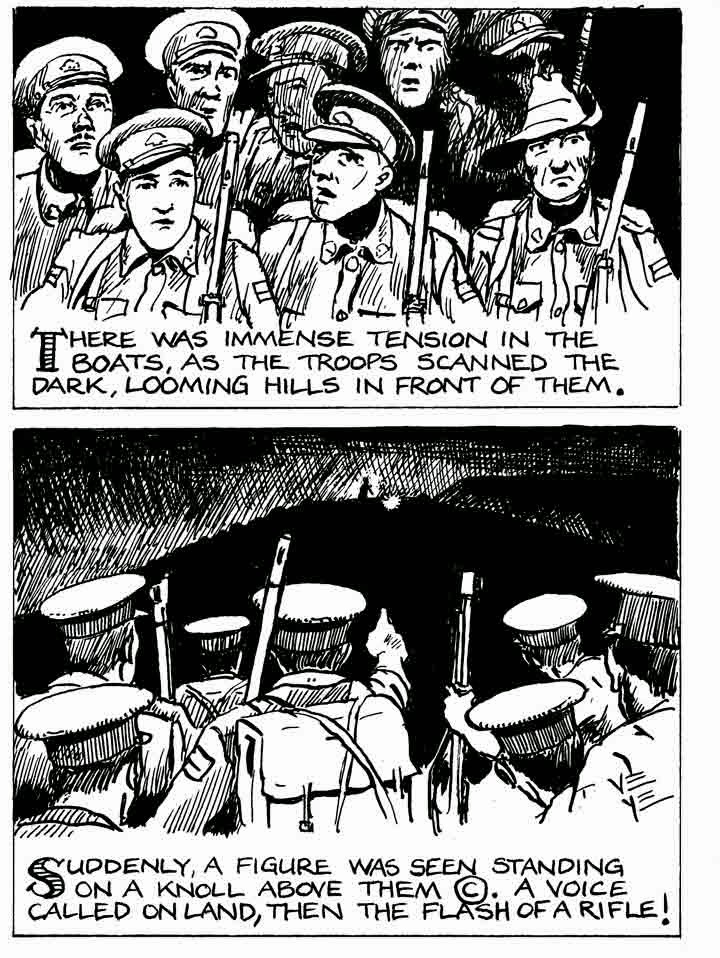